Hello World and Welcome to my portal!

Hi, My name is Ryan Scott White and I live in the San Francisco Bay area. This site will be mostly dedicated to share some ideas and experiences. My main passion has been AI programming since high school, so you will find items related to that. 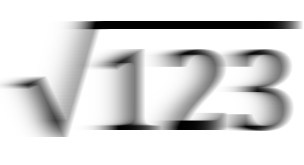 A Fast square root function for BigIntegers and floats. The algorithm uses a variety of new and existing ideas to calculate the square root with greater efficiency and better performance than other algorithms. The performance of this function only starts large numbers above 2^52. It is presented in both Java and C# versions./p>

Article on CodeProject and RyanWhite.org

Can we detect if a finite program will hault and get stuck in a loop? Yes we can as long as the program does not have infite memory. What are some possible good methods to do this. Note: I did no prior research into this so no references.

In this video, I experiment with the basic building blocks of everything - bits. I show that math functions such as division, multiplication, and calculating Pi can be done with just OR and NOT logic gates. Note: I did no prior research into this so no references.

It had some good ideas for an asm complier:


Article on CodeProject and Source Code on GitHub

This was a nice program called CudaPAD that had asm in a right side vertical windows and the source c++ code on the left side vertical window. This was the first of its kind - so I guess I invented it. Just a few years later another gentlemen, Matt Godbolt, had a simular idea and created GCC explorer (later named to Compiler Explorer). Seeing the popularity of this I guess I should have stuck with my CudaPAD!

Article on CodeProject and RyanWhite.org and source code on GitHub

A simple drop-in function that provides T4 like template based text generation.

Basically text transformations, also called dynamic text, allows the use of programming methods to modify text. Common uses might be for repeating sections of text, filling in fields on an ASP page, showing a username or account code in an email, or to write 1 to 1000 on a webpage.

This project is similar to Microsoft's T4, but simpler. It is similar because it uses encapsulated C# code to inject text. Microsoft Visual Studio's T4 is more powerful and this project is not meant to be a replacement... at least not inside of Visual Studio! There are a couple of issues when using T4 templates in 3rd party applications. The foremost is the licensing. The T4 DLL is not redistributable. There are funky ways around this by installing some MS packages that have the DLL or installing Visual Studio express but that is messy. This project by contrast is not even a DLL, it is a simple drop in function. Another issue is T4 does not mesh well with many syntax highlighting and code completion projects. To work around this, I created \*: code-here :*\ like commands in comments. This allows this templating system to be used directly in C#/C++ files within causing havic on design time error checking.

Article on RyanWhite.org and CodeProject and source code on GitHub